I came downstairs and saw that the kite machine had finished. It had taken care of all the troublesome work of launching the kite high above the garden of my parents’ old house. Outside, it was a clear, summer day. The kite was already so high that it could not be seen. Its cord stretched up into the air, vanishing from sight, but I knew both kite and cord shared the same shade of pale blue.

Thanks to the launching machine, what remained was purely the pleasure of taking hold of the cord. I felt the tug of the kite from the other end, like something alive. This was the thrill of it: that direct connection with something vastly remote, invisible yet present.

Gazing up, a series of high-tension wires were dangerously close to the cord. I felt a surge of adrenaline, but realised the cord was already brushing against them. The danger I feared was not real. There was nothing to worry about. I could relax completely into my connection with the high and distant kite.

It felt like a good, healing dream. When I told it to my therapist he looked surprised and disclosed a synchronicity: he was running a men’s group and they were reading together a short story by Somerset Maugham, “The Kite” (1946).

It is the self-proclaimed “odd” tale of Herbert Sunbury, only son of a lower middle-class family, in his early twenties and still living at home with his overly attached mother and somewhat passive father. The story is told to the narrator by a friend, a prison visitor. Herbert is one of the friend’s cases and has been imprisoned for refusing to pay his wife alimony after abandoning her. When the friend asks Herbert why he wants to make his wife suffer he states that he can never forgive her – because she smashed his kite.

We are told how Herbert became obsessed with kites at the age of seven, and every weekend when the weather was favourable he and his parents would join other kite enthusiasts on the common, a tradition maintained ever since, until the day arrives when he invites a girl home to tea named Betty. Herbert’s jealous mother is so insulting towards his new girlfriend that he rebels by asking Betty to marry him. His parents boycott the ceremony, but Betty and Herbert set up home together as newlyweds. Betty cannot understand, however, why a grown man is still so fixated on flying a kite with his parents every weekend.

In a jealous rage, Herbert’s mother insists that the kite she gave him for Christmas all those years ago was never really his. Then, with promises of a huge box-kite that can fly at a height of two miles, his parents entice him back to the common at weekends. At this, Betty’s patience snaps. She throws him out. To his mother’s delight Herbert moves back home where, he realises, he was more comfortable anyway. Driven to desperation by Herbert’s refusal to return or to meet his financial responsibilities, Betty breaks into the coal-shed and smashes up the new box-kite with a hatchet. At least, that is what we are led to assume she did, yet none of the characters sees her do it, and her confession is delivered to Herbert through his father.

The story ends with Herbert in prison, having ignored court orders to support his wife, and relishing the suffering he has inflicted on her when the piano and all their furniture is repossessed.

Perhaps the biggest oddity of the story is its self-conscious framing at beginning and end with disclaimers by the narrator of any understanding of the meaning of Herbert’s behaviour. The narrator states that he knows little of human psychology; he evokes Freud but promptly dismisses him. Maybe this is Maugham’s way of signalling that the obvious Freudian overtones were not primarily what he was aiming at, and so perhaps the narrator’s own interpretation falls nearer the mark:

You see, I don’t know a thing about flying a kite. Perhaps it gives him [Herbert] a sense of power as he watches it soaring towards the clouds and of mastery over the elements as he seems to bend the winds of heaven to his will. It may be that in some queer way he identifies himself with the kite flying so free and so high above him, and it’s as it were an escape from the monotony of life. It may be that in some dim, confused way it represents an ideal of freedom and adventure. And you know, when a man once gets bitten with the virus of the ideal not all the King’s doctors and not all the King’s surgeons can rid him of it. But all this is very fanciful and I dare say it’s just stuff and nonsense. (Maugham 1946)

I am not convinced it is freedom that is the issue for Herbert, who enjoys the confines of his family home, nor precisely the pleasure of domination and control. At his most desperate, he expresses violent intentions towards Betty yet never follows through; his most aggressive act is to throw her onto the bed so he can leave their home, after she kicks him.

What the kite seems to represent in Maugham’s story is Herbert’s desire. A kite soars high whilst never escaping the cord that binds it. Likewise, we feel the pull of desire, but can never break free from it. Our needs and wants might be satisfied, but our desires never are. We desire a person or an object, but having that object or being with that person does not end the desire for them. Desire extends outwardly to things, at the same time presenting itself intensely and close within. Desire is an inmixing of self and other, which is the reason that working with it is so effective for accessing non-dual states of awareness, as in bhakti yoga, tantra, and sex magick. Psychologically desire reveals more about ourselves than whatever it happens to be manifestly directed towards.

In the story, whoever has the kite has Herbert’s desire; wherever the kite goes, Herbert comes attached. “If you marry that woman you’re not going to fly my kite”, threatens his mother. “I never gave it you, I bought it out of the housekeeping money, and it’s mine, see” (Maugham 1946). In her refusal to relinquish the kite it becomes apparent that Herbert’s desire is his mother’s desire. The fundamental gift a mother bestows the child that emerges from her body is independent existence, yet Herbert’s mother deprives him of this by refusing him a desire of his own.

Betty is not able to break through to him. By belittling his passion for kites she alienates herself from his desire. But that is no fault on her part; as an adult woman she might prefer to be the object of his desire rather than the custodian of it. A film version of the story in 1948 could not resist appending a happy ending: the narrator’s friend arranges for Herbert to be let out early from prison, and for Betty to join him on the common where they fly the kite together (Crabtree 1948). In Maugham’s original text, however, Herbert does not recover from Betty’s destruction of the kite. By taking a hatchet to it, she destroys his capacity for desire altogether. At the story’s conclusion he is stranded in prison, consumed with hatred, and cut-off from the world. The kite as a symbol conveys how we need desire to find a grounding in reality at the same time as it lifts us out of ourselves.

In my dream, I was back at my parents’ old house, but they were not there. I was inhabiting a structure they had provided, whereas for Herbert his actual parents are all too present. And if it is the act of control and mastery that is important for Herbert, in the dream all of this is taken care of automatically by the machine. “Getting it up” is not the dream’s focus; it is about the sensation of connection.

On the day of the dream I had listened to Conner Habib’s podcast on the Archangel Michael (Habib 2020) and been very moved by this, and struck by Habib’s remarks on the traditional image of Michael, in which he is shown killing a devil with a spear or sword:

[…t]he sword and the dragon and Michael’s hand are always connected. In a very real way, the sword becomes a conduit or a bridge between Michael and that other being, the dragon. […] The difficulty with destroying the dragon is that you must connect yourself to it […] We don’t evolve past the dragon, we in-volve him and our hearts must be ready for him. (Habib 2020: 14’53”)

Habib is reading Michael from an anthroposophical perspective. For Habib, as for Steiner, the devil slain by Michael is the reductive materialism that characterises our era. This devil is therefore an aspect of a greater cosmic being, Ahriman. For Steiner, human beings walk a path between the deviating influences of Ahriman and Lucifer (Steiner 2009). The former manifests as a downward, earthwards pull towards materialism, literalism, nationalism; Lucifer takes the form of the opposite skyward drift into intellectualisation, abstraction, utopianism. Whereas Herbert struggles to get his kite off the ground, in the dream mine has completely vanished into the wide blue yonder.

Yet the sense of connection is paramount: the kite is grounded to my body through the exhilarating sensation of its pull. Too much identification with the kite itself would lead, as Maugham’s narrator supposes, to an impulse towards “escape” – a dynamic that finds expression in the archetype of the puer aeternus and the cautionary myth of Icarus. But the dream maybe points in a different direction. As Michael demonstrates how to defeat the enemy by exercising will in the correct way and avoiding the temptation to separate from what we need to engage with, perhaps the dream indicates how to put our desire in order.

Allowing others control of our desire provides a promise of satisfaction, just as Herbert fools himself that his best option is to live at home, but this is to confuse desire with his wants and needs. As will is a conduit between self and world, so desire mediates between the self and the ideal. When desire is extinguished then so is our connection to what we hold to be beautiful, good, and true. Herbert’s mother prevents his desire from ever getting off the ground because she wants him, rather than what is best for him. She entraps him in her own confusion. The kite-flying encapsulates both Herbert’s predicament with his mother and his wish to escape.

As Michael’s sword shows how to destroy the devil by connecting with the devil, maybe the kite demonstrates the converse: how to communicate with the highest. Simply being human guarantees a possibility of realising this: we do not have to “do” anything, desire is a given. We automatically tend towards the good, the beautiful, and the true. Obstacles – those supposedly deadly high tension wires – are false beliefs, like Herbert’s false belief that mum fulfils his desire rather than Betty, just because mum meets his needs; and the narrator’s false belief that human nature is beyond his understanding, whereas everything he says about Herbert is right on point. We go wrong only if, in the grip of false belief, we fail to rise at all or completely lose our connection with the earth.

Join the OEITH Patreon to support the podcast and gain access to additional material.

Or, if that's not your thing, you can send a one-off donation or buy me a lovely book.

The Magick of A Dark Song: The Abramelin Ritual in Fiction and Reality 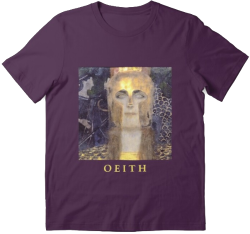 Click the image to buy yours in a range of styles and colours from Redbubble.com.

Purchases made through links on this blog to bookshop.org help support the blog and independent bookshops in the UK.